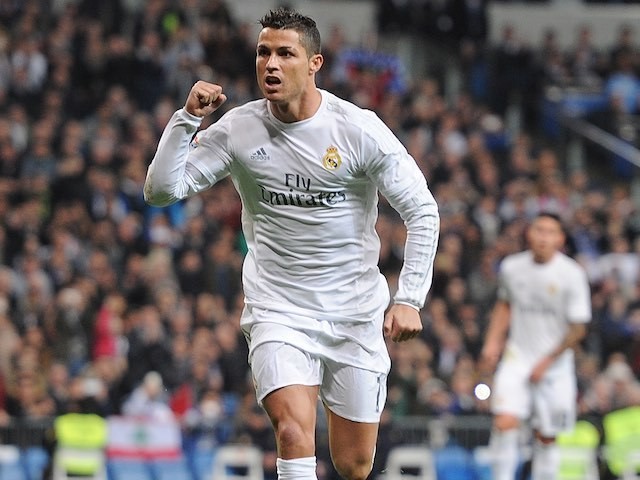 Despite of the comprehensive victory, Real Madrid remained third on the points table with highest goal difference at the La Liga Summit. They now trail league leaders Barcelona by four points and just one point behind city rivals Atletico.

The hosts were on top of their game from the start of the contest and displayed ruthless attacking football. Karim Benzema opened the scoring after just seven minutes when the Frenchman turned in James’ perfect cross from six yards. Five minutes later, Portugal Cristiano Ronaldo doubled the lead from the spot when he was pulled down by Enzo Roco.

Zinedine Zidane’s men never looked back as they kept on attacking despite of two goals ahead of their opponents. James Rodriguez made it 3-0 after just 17 minutes when his shot deflected off the back of defender Papakouli Diop and goalkeeper tumbled on the wrong side in search of a ball.

The Portugal captain grabbed his second of the evening when he broke through and deceived Espanyol goalkeeper Arlauski just outside the box. Former Manchester United forward clinched his treble just eight minutes before time when he headed Jesse’s cross into the top corner. It was his 35th hat-trick for Real Madrid, extending his lead in the all-time standings over Alfredo di Stéfano, who scored 28 Real Madrid hat-tricks.

Cristiano Ronaldo has scored 30 goals for Los Blancos this season while he has joined Barcelona’s Luis Suarez at the top in Spanish league. The home side completed the demolition with four minutes remaining when Espanyol center-back Duarte unfortunately deflected Jese’s low center into his own net.

Real Madrid will travel to Granada next Sunday hoping to catch Barcelona after Luis Enrique’s side defeated nine-man Atletico 2-1 at the Camp Nou on Saturday. Portugal Cristiano Ronaldo  IMAGE/Getty Images