Jakarta Indonesia will host the 18th edition of Asian Games 2018 in two separate cities. Jakarta, the national capital city, and Palembang, the capital city of its South Sumatra province.

The 18th edition of Asian Games originally awarded to Vietnam as host country.  Granted by the Olympic Council of Asia (OCA) the governing body of sports in Asia. However, that city ultimately withdrew due to financial considerations. There were also some concerns about Vietnam’s ability to host. These included concerns over whether the anticipated budget of US$150 million was realistic, according to OCA wiki page.

The Philippines and India also expressed their interest about hosting the Games, but India failed to submit a late bid

Officially known as the XVIII Asiad

2018 Asian Games Indonesian version as Pesta Olahraga Musim Panas Asia 2018, officially known as the XVIII Asiad, will be the 18th edition of a regional multi-sport event in Asia. The sport’s event is scheduled to take place from August 18 the opening ceremony in Jakarta – September 2, 2018 closing ceremony also scheduled in Jakarta. The official logo was unveiled on September 9, 2015 during the country’s National Sports Day.  The official logo depicts a Cenderawasih, a rare species of a bird in Indonesia.

Second time for Jakarta to host the sport’s event

Forty two sports and disciplines will be featured in the Games. This will be the second time that Jakarta has hosted the Asian Games, the first being the 1962 Asian Games.

Venues for the sport’s event are being prepare by the host country, renovated, and prepared across five provinces in Indonesia: Jakarta, South Sumatra, Banten, and West Java. Indonesia was approved as the host of the Games by Olympic Council of Asia executive board on September 19, 2014. 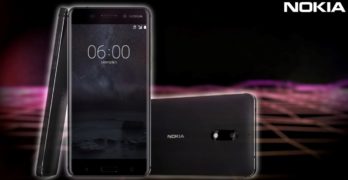 The Snake game maker is back with Nokia 6 This time jumping its way in a band wagon of Android smartphone, with Nokia 6. It is trying to regain its once crown of shining moments as the World’s most loved mobile phone. The question is. Can Nokia take its glory back with Nokia 6 in […]