You are here: Home / Asia / Filipino nurse jailed for seditious posts on Facebook After calling Singaporeans as ‘losers’ and giving false information to authorities, Filipino nurse jailed for 4 months.

Monday, a Filipino nurse identified a Ello Ed Mundsel Bello, 29 year-old will face 4 months on jail after found guilty of doing seditious acts. He was also charged of two counts of providing false information to the police, denying that he did not post such comment on Facebook, Monday. Ello was an assistant nurse at Tan Tock Seng Hospital, been kicked out after discovering such incident.

He pleaded guilty, charged with two counts of sedition for making posts which “promoted feelings of ill-will and hostility between Singaporeans and Filipinos in Singapore, under the country’s sedition act. In January 2015, the Filipino nurse posted on Facebook that he would ‘kick out all Singaporeans, then the country will be the new Filipino state. Sedition Act is a Singapore statute, prohibits seditious acts and speech, printing, publication, sale, distribution, reproduction and importation of seditious publications.

In his one post, he called Singaporeans as “losers” and prayed that disasters would strike Singapore, and that he would celebrate when more Singaporeans will die. He also added to vowed to “evict” Singaporeans from the country. Filipino nurse post concluded that Pinoy are better and stronger than Singaporeans. During investigation, he reported to the police that he is not liable of such act and that he was “shocked and furious”.

State Courts Judge Siva Shanmugam sentenced him to three months in jail. This is related for the seditious Facebook posts he made. Another 1 month for giving false information to the police who investigated him. “The accused’s provocative conduct, if left unchecked, could possibly result in discrimination against the innocent and law-abiding minority Filipino residents in Singapore,” judge said.

The judge also added that, “In a nation whose only resource are its people, we simply cannot afford to condone any act which poses a threat to our social stability and security. A cosmopolitan society such as Singapore’s is held together by mutual respect and understanding, and this has been “the foundation of our success and progress in the last 50 years.” Ello’s act then would possibly resulted to conflict between Singaporeans and Filipinos relations in the country. IMAGE//WONG KWAI CHOW 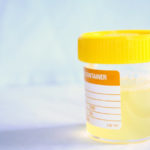 The Alzheimer’s disease could be detected earlier than ever thought due to the presence of unique urine odor, according to a study. The researchers from the Monell Chemical Sense Center, Philadelphia studied the lab animals with Alzheimer to determine specific urinary changes caused by amyloid plaques in the brain. The survey was conducted in collaboration […]