Amos Yee Pang Sang is a teenage blogger, due to be sentenced today for a backdrop of last-minute hospitalization. People turned up a protest, calling  the government to free Amos Yee Pang Sang.

Their were  lots of people joining the protest at Hong Lim Park yesterday for a protest asking to free Amos Yee, including various civic and political groups.  They brought up some banners and placards near the Singapore Consulate in Admiralty district to show their support to Amos Yee.

The teenage blogger is 16-year-old boy found guilty of two charges this  was the  Posting an obscene caricature online featuring the elder Mr Lee and former British Prime Minister Margaret Thatcher, and  publishing a video intended to hurt the religious feelings of Christians.

Amos was found guilty upon  posting  an expletive-laden video intending to hurt the feelings of Christians.

“If we are to be a more resilient society that embraces diversity, then we have to learn how to react in a more mature manner instead of reporting to the police or threatening Amos with violence,” said Mr Siew.

Alfred Dodwell, Yee’s lawyer confirmed reports that the blogger was in hospital. According to him, Yee has “not been eating well, perhaps loss of appetite or no appetite, understandably so and hence his blood sugar went down,” . Yee had been under remand at the Institute of Mental Health, to assess his suitability for a mandatory treatment order, after a doctor’s report said he may have autism spectrum disorder.

Due to the increase on free speech, Amos case has received attention both in Singapore and throughout Southeast Asia. 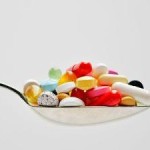