You are here: Home / Entertainment / Henning Mankell dies at 67 after a battle with cancer One of the great Swedish authors of our time, Henning Mankell passed away after he suffered cancer.

Monday, Henning Mankell died at the age of 67 in Gothenburg, Sweden, 5 October. He is considered as one of the great Swedish authors of this generation whose books been read all around the globe and sold more than 40 million copies in over 40 languages. He is best known for a series of mystery novels and one that marked is Inspector Kurt Wallander, a fictional police inspector who solves shocking murders with his colleagues. The series has won many awards including the German Crime Prize and the British 2001 CWA Gold Dagger for Sidetracked.

He started a career as author and assistant director at the Riksteater in Stockholm at the age of 20. He became very famous as his novels and plays sold more than 40 million copies worldwide. June 12, 2008 he was awarded an honorary Doctorate from the University of St Andrews in Scotland. January last year, he revealed he had cancer. He admitted he just found out by the time he underwent treatment for a slipped disc. In May, he then reported that treatments had worked well and he was getting better.

After knowing his condition, Henning Mankell said, “A few days later… I had it in black and white: it was serious. I had one tumour in the back of my neck and one in my left lung. The cancer could also have spread to other parts of my body,” he wrote at the time. He chronicled his fight with the disease in his final book, “Quicksand: What it means to be a human being.”

He supposed to be one of the twenty Swedish participants in “Freedom Flotilla II”, originally scheduled to sail to Gaza in June 2011 but never took place. Having passion in writing, he told reporters, “It was never my intention to write crime novels as such, but to use the crime as a sort of mirror of a society and of a time. That is my starting point and I know that very many of those who are called crime writers today, they don’t do that.” Henning Mankell told Guardian, “You have to act, not just by writing, but by standing up and doing. For me, you cannot call yourself an intellectual if all you use your intellectual gifts for is to find excuses not to do anything. Which, sadly, is what I think a lot of intellectuals do.” IMAGE/AP 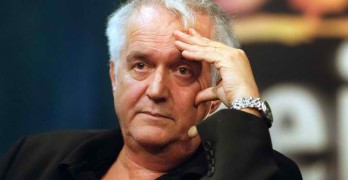 Older individuals with increased calcium intake do not show significant improvement in the bone density and fracture risk. The survey focused on two dietary studies in order to determine the health benefits calcium in people older than 50 years. In addition, the research team also examined the data of previous published studies. Researchers from New […]