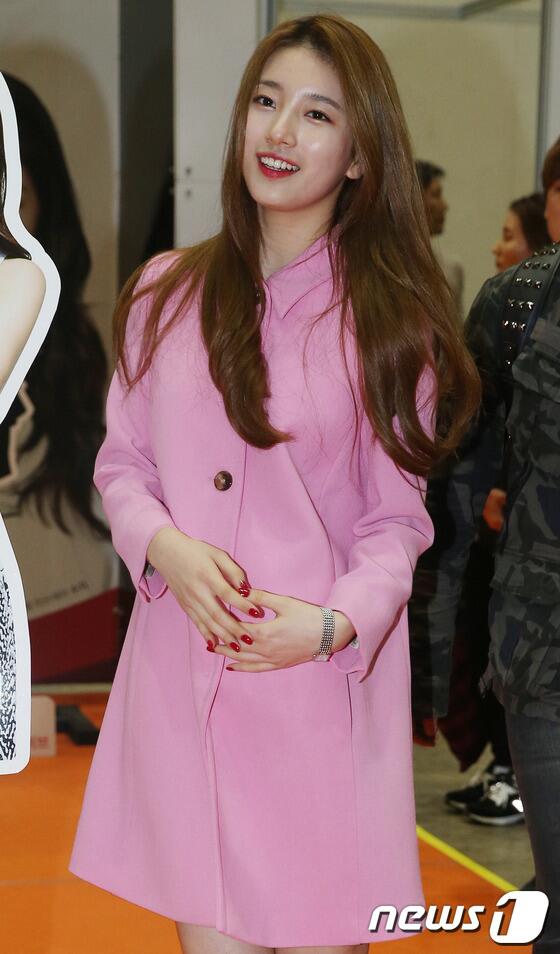 The new ambassador of Lenovo Philippines PHAB, arrived to meet fans for the first time.

The youngest member of K-Pop female group Miss Aā€™s Suzy Bae arrived in Manila, Tuesday night. She will have a product launch as the Lenovo Philippines PHAB new ambassador, Wednesday afternoon at 3 pm at the SM North Edsa Skydome, “A PHABulous Day with Lenovo PHAB Plus and Suzy.” The 20 year-old South Korean singer and actress will be meeting Filipino fans for the very first time.

She immediately showed excitement and posted on her Twitter and Instagram account her pre-arrival and arrival pictures, “Hi. I just landed in Manila. Im so excited to meet all of my fans tomorrow. Have a goodnight sleep and iā€™ll meet u guys tmrw :).” On the other hand, Filipino fans who will going to see her in person for the first time were much more excited than her as they welcome K-pop idol in the Philippines.

Miss A began first official promotional activities in China, as a group by signing up with the Samsung Electronics. They released a song, used for the commercial called “Love Again” for the Samsung Beat Festival.The group became famous all around the globe, especially in the Philippines. Suzy Bae also engaged in hosting events from music shows up to major award ceremonies.

Aside from her singing career, Suzy Bae appeared in numerous tv series. She is best known for her roles as Go Hye-mi in the KBS2 TV seriesā€™ Dream High. She casted as No Eul in an upcoming drama “Carelessly Affectionate” working title with Kim Woo-bin in 2016. She became the first female celebrity to have over one million followers on Twitter and first Korean female to win a singer rookie award, drama rookie award and movie rookie award. She also received the Best New Actress Award at the 48th Baeksang Arts Awards.

She won the Best Newcomer of the Year for Variety shows marking her 4th rookie award in different entertainment fields in 22 December 2012. Having successful acting and singing career, Suzy Bae is also having great love life. She and South Korean actor, singer and all time Filipino crush Lee Min-ho were confirmed to be in a relationship, March 2015. IMAGE/TWITTER