You are here: Home / News / Africa / Ebola virus may persist in semen for 9 months 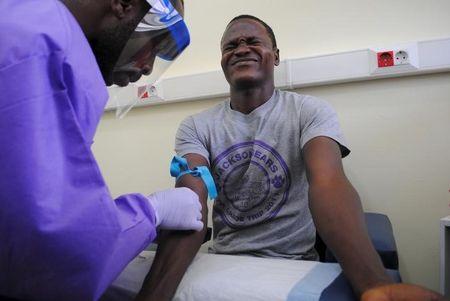 Ebola virus can persist in the semen of male survivors of the disease for at least nine months after the infection, according to a new research.

Previously Ebola virus has been detected in the semen of men during the recovery phase but no exact period was known for its viability in that body fluid. Ebola survivors are documented to suffer from a number of post-Ebola complications such as visual impairment, body aches and extreme fatigue.

The study recruited 93 men over the age of 18 from Freetown, Sierra Leone to determine the presence of Ebola virus genetic material. The semen samples were taken from all the participants after their initial infection.

The research revealed that about two-thirds of men had Ebola virus in their semen up to six months after infection and a quarter reported viable virus between seven to nine months after the onset of symptoms.

“These results come at a critically important time, reminding us that Ebola case numbers continue to plummet, Ebola survivors and their families continue to struggle with the effects of the disease,” said Bruce Aylward, WHO director general’s special representative on the Ebola response.

Ebola survivors are encouraged to wear condoms to avoid the transmission of the Ebola virus. Moreover, men who have survived Ebola are advised to abstain from all types of sex until their semen has twice tested negative.

The deadly Ebola outbreak has left up to 17,000 survivors in West Africa. These individuals need substantial support for the next six to 12 months to meet these challenges and to ensure their partners are not exposed to potential virus.

So far, the worst outbreak of Ebola centered in Guinea, Sierra Leone and Liberia has infected 28,000 people and killed more than 11,000 to date. IMAGE/news.yahoo