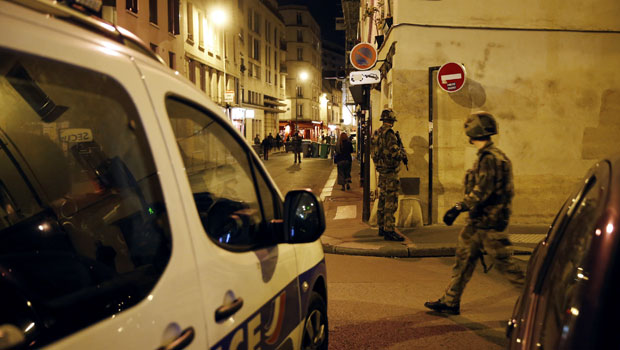 Paris attacks - The Islamic State group has claimed responsibility for a series of coordinated attacks in French capital that killed at least 129 people on Friday.

The jihadist group, also known as Daesh, released a statement on social media stating that eight brothers wearing explosive vests and carrying assault rifles carried out a blessed mission on the Crusader France.

France is a top target for the Jihadi fighters due to the active participation of the French government in conducting airstrikes on IS jihadists in Iraq and Syria. These attacks are meant to create fear in the European society where thousands of refugees are heading for a bright future.

French President Francois Hollande condemned the assault on the civilians and asked the international community to stand united in order to have peace across the globe. Mr. Hollande called it “an act of war” committed by the IS group’s “terrorist army”.

“France will be victorious over the barbarism of the IS militants group and will act by all means anywhere, inside or outside the country,” he added. The President declared three days of national mourning in the wake of the attacks.

Friday’s massacre, worst violence on the French soil since World War II, took place across Paris starting at 9:20 pm local time. Simultaneous shootings and explosions rocked the most-populous city of the country. Eight men attacked on six sites across the French capital ranging from restaurants and a concert venue to a sports stadium.

The worst evening in Paris began with three suicide bombs near the National Stadium during a friendly match between France and Germany. About 80,000 spectators were immediately evacuated including France’s President Hollande, who was the chief guest.

Four armed men stormed at the Bataclan concert hall, where California-based band Eagles of Death Metal were performing. The terrorists opened fire on the audience present in the hall and took hostages. At midnight, the interior ministry ordered the Special Forces to free the hostages and clear the building of any potential threat.

The operation lasted for about 30 minutes, three died after activating their suicide belts, and the fourth was shot dead. The local authorities have beefed up the border security while an additional 1,500 soldiers were deployed to Paris. IMAGE/AFP