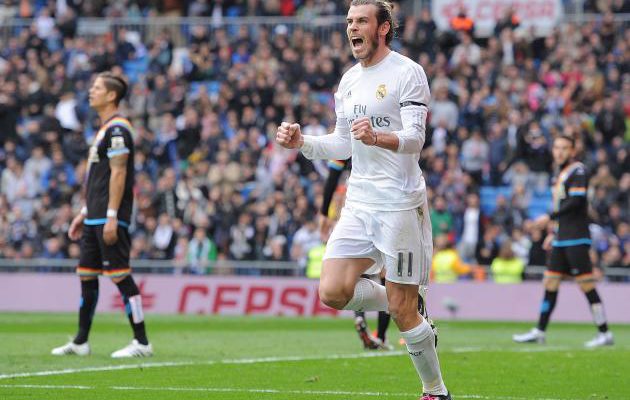 The home side prevailed the contest with a comprehensive victory after being 2-1 down in the opening 12 minutes of play. Real Madrid was pushed on their back foot after conceding two goals in space of 3 minutes or so. The pressure mounted on boss Rafael Benitez as his side looked struggling to neutralize the attacks carried out by a side sitting in the relegation zone.

The visitors failed to maintain pressure as Rayo Vallecano suffered two major blows in the opening half hour. Roman Triguero and Jose Raul Baena were sent off after which Rafa Benitez’s men routed their fragile opposition. Before the second red card, Bale nodded home a cross from Danilo and the score was 2-2.

Minutes later, Baena walked off the pitch as he was given the second yellow card of the day. The encounter lost its intensity as sensational Rayo was down to 9-man while Real Madrid trio took full advantage of the situation, Bale scored four, Benzema recorded a hat-trick and Ronaldo bagged a double. But they missed out on their record victory, which remains an 11-1 win over Barcelona in the 1940s.

It was 4-2 as the hosts walked off the field at the break. Cristiano Ronaldo converted a spot kick before Gareth Bale added his second in the 41st minute. Rafael Benitez seemed a relieved man on the sidelines after witnessing his team lost three of their previous La Liga fixtures.

It was obvious Los Blancos had an upper hand in the game with two extra men and it was a simple question of how many they were going to score. Benzema got in on the act early in the second half when the French striker slotted James Rodriguez’s cross into the far corner.

The Colombian midfielder Rodriguez was involved in setting up another goal, this time Ronaldo headed into the far right corner. The Welshman Bale completed his hat-trick off Ronaldo’s right-wing cross before rolling in a fourth into an empty net. Gareth Bale, who was substituted 16 minutes before the final whistle, received a warm reception from the home fans as he walked off the pitch.

The Portugal forward Ronaldo came close on a couple of occasions to record another milestone but it was Karim Benzema achieved a treble of his own, scoring the final two goals of the game. Former Liverpool manager Benitez will be hoping to get out of the pressure shadow after his side finished high before Christmas break.

However, the team has failed to maintain consistency since Benitez took charge as coach and the defensive errors need urgent attention. IMAGE/Getty Images