You are here: Home / Discover / Health / Disulfiram could be a game changer in treating HIV Disulfiram, a drug designed to combat alcoholism, could lead to a cure for one of the world’s most serious and challenging disease HIV/AIDS, according to a new study.

Researchers from Australia and the US discovered that Disulfiram helped to draw out the dormant virus cells from hiding in the body, allowing them to be destroyed. The study experts believe that the activation of hidden HIV cells and killing, a “shock-and-kill” approach, is key to curing the virus.

The study led by the University of Melbourne recruited 30 HIV-positive individuals to find a cure for the single-stranded RNA virus. It was conducted in collaboration with scientists from University of California San Francisco. The investigators gave Disulfiram to the participants in Australia and the US who were already taking antiretroviral therapy (ART) drugs.

The drug was administered for three consecutive days. Patients received 500 mg of Disulfiram on the first day, 1000 mg on the second day and 2000 mg on the third day. The researchers found that the third dose stimulated dormant HIV patients’ cells without producing any toxic side effects.

“The dosage of disulfiram we used provided more of a ‘tickle’ than a kick to the virus, but this coul be enough, said Prof. Sharon Lewin. “Even though the drug was only given for three days, we saw a clear increase in virus in plasma, which was very encouraging.”

ART is the primary treatment for Human Immunodeficiency virus, involving a combination of at least three antiretroviral drugs that slow disease progression. The therapy has led to reduction in HIV related death rate but it has failed to eliminate HIV from patients completely.

Disulfiram, branded as antabuse, is a drug of choice for individuals with an alcohol use disorder to discourage them from drinking. It works by inhibiting an enzyme called dehydrogenase, which plays a role in metabolizing alcohol intake. IMAGE/healthaim.com 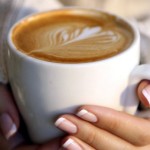