You are here: Home / Discover / Health / Potassium-rich diet may protect against diabetic nephropathy Potassium-rich diet could protect kidneys in those who are suffering from it as a complication of metabolic disorder, according to a study.

People with diabetes are at risk for a wide range of complications during the progression of their disease. The most common complications include retinopathy, nephropathy, peripheral neuropathy, stroke and peripheral vascular disease.

Research conducted at Shiga University of Medical Science examined 623 Japanese patients with type 2 diabetes between 1996 and 2003. None of the participants were using diuretic medications during the study period. The researchers measured potassium and sodium excretion through urine sampling. The amount of these minerals excreted in urine is an accurate indicator of the amount consumed.

The results showed that those who had higher levels of potassium in their urine were at lower risk of renal dysfunction and cardiovascular problems. On the contrary, sodium excretion had no significant relation.

“For many individuals with diabetes, the most challenging part of a treatment plan is to determine what to eat,” said Dr. Shin-ichi Araki, who led the survey. The investigators warned that the study findings are not conclusive evidence of potassium’s protective effects on diabetic kidneys.

Diabetes is a growing problem, which has affected more than 50 % of the global population. Obesity is known to be a major factor, thus controlling diet is an essential part of the treatment plan. A diet low in sodium and calorie intake is the most commonly recommended management.

Those suffering from type 2 diabetes are at greater risk to have end-stage renal disease (ESRD) and cardiovascular disease (CVD). The known risk factors for both ESRD and CVD include hyperglycemia, hypertension, dyslipidemia.

Potassium, commonly denoted as K+, is a vital electrolyte involved in the normal functioning of body cells. It helps conduct nerve impulses, regulate the rhythm of the heart and control muscle contraction. It also plays a part in maintaining acid-base homeostasis and fluid balance.

Potassium is present in all fruits, vegetables, meat and fish. Foods with high potassium concentrations include chocolate, almonds, potatoes, bananas, bamboo shoots and soybeans. Dried apricots have the highest concentration of potassium per calorie of any food. IMAGE/Getty Images 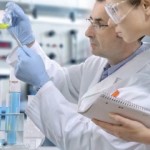