NBA champ LeBron James announced hope to thousand of kids from his hometown of Akron, Ohio.

NBA champ LeBron James speaks with more than 6,000 students and parents at a theme park in Ohio, Cedar Point. Along with him is President Scott Scarborough of the University of Akron (UA). He said those who complete his I PROMISE programme will not have to worry about costly tuition fees.

In order to qualify, the students will have to graduate high school within Akron’s public school system, receive high scores on the schools’ standardized tests, and fulfill a community service obligation. The students will also need to complete James’ “I Promise” program which includes a series of nine promises ranging from “I promise to be a leader” to “I promise to accept the challenge the finish school.” Currently, there are 1,100 students enrolled in the program.

“These students have big dreams, and I’m happy to do everything I can to help them get there,” NBA champ LeBron James said. “They’re going to have to earn it, but I’m excited to see what these kids can accomplish knowing that college is in their futures.”

For over 30 years, tuition costs have skyrocketed by as much as 260 percent. For many low-income youth, who also struggle with under performing schools and underpaying jobs, college is simply out-of-reach. So everyone’s favorite ,NBA champ Lebron James, decided that he would do something about it.

“This is very special to me,” said NBA champ LeBron James. “As a kid growing up in the inner city and as an African American kid, you don’t really think past high school because it’s not possible or your family can’t support you. For us to be able to do something like this … it means so much,” he added.

James played high school basketball at St. Vincent–St. Mary High School in his hometown of Akron, Ohio, where he was highly promoted in the national media as a future NBA superstar. After graduating, he was selected with the first overall pickin the 2003 NBA draft by the Cavaliers. James led Cleveland to the franchise’s first Finals appearance in 2007, losing to the San Antonio Spurs. In 2010, he left the Cavaliers for the Miami Heat in a highly publicized ESPN special titled The Decision. James played four seasons for the Heat, reaching the Finals all four years and winning back-to-back championships in 2012 and 2013. In 2013, he led Miami on a 27-game winning streak, the second longest in league history. Following his final season with the Heat, James opted out of his contract and re-joined the Cavaliers. Behind his leadership, Cleveland advanced to the Finals before losing to the Golden State Warriors.

Off the court, James has accumulated considerable wealth and fame as a result of numerous endorsement deals. His public life has been the subject of much scrutiny and he has been ranked as one of America’s most influential and popular athletes. He has been featured in books, documentaries, and television commercials, and has hosted the ESPY Awards and Saturday Night Live.IMAGE/Getty images 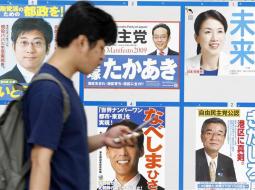 Real Madrid lifted the Santiago Bernabeu Trophy as they defeated…

3
Comments Off on Saving The Orangutans Habitat in Borneo

4
Comments Off on Djokovic advances to semis, Nadal out in Montreal Masters
This website uses cookies to improve your experience. We'll assume you're ok with this, but you can opt-out if you wish.Accept Read More
Cookie Info