Kathy Sales
Scooby-Doo returns, a new animated film
0 out of 5 based on 0 user ratings
1

Bringing new comedy adventure, Scooby-Doo is back on big screen with its new animated film.

The all time favorite cartoon film, Scooby-Doo returns on big screen. A film that is very impressive, bringing a bash of the classic cartoons. With their new comedy adventures that will surely captures everyone’s smile, Scooby Fans both young and old will not resist.

Scooby-Doo is an American animated cartoon franchise, comprising several animated television series. Its original series, Scooby-Doo, Where Are You! in 1969 was created for Hanna-Barbera Productions by writers Joe Ruby and Ken Spears.

Greg Silverman, President of creative development and worldwide production at Warner Bros stated, “Like countless fans, I have always loved the Hanna-Barbera cast of characters. As one of their most famous brand ambassadors, Scooby-Doo will take the lead in re-introducing this pantheon of enduringly popular animated stars on a grand scale with an exciting new movie”. Previously two live action movies - Scooby-Doo (2002) and Scooby-Doo 2: Monsters Unleashed (2004) - have been made based on the cartoon.

“Scooby-Doo and his associates have the sort of common attraction that reaches throughout cultures in addition to generations. We anticipate this new tackle the franchise to generate much more followers all over the world,” said Veronika Kwan Vandenberg, president of worldwide distribution.

Dan Fellman also stated, “It’s always a treat to see Scooby-Doo on the big screen and to share his larger-than-life adventures with audiences.” “As anticipation grows throughout production, the movie’s mid-September release date should start the fall season with a burst of fun.”

The animated film of Scooby-Doo returns, been officially confirmed by WB, feature film is in development. Dan Povenmire, renowned animation visionary, an executive producer will bring his creative sensibilities to the production together with Matt Lieberman on the screenplay. IMAGE/Hanna-Barbera 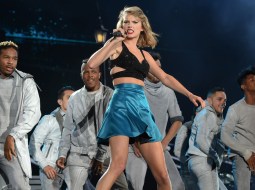 Get all latest Asia Top Stories delivered to your email.

The End Of Human Civilization

If human specie can’t pass the type 0 civilization: The…