Death became my favorite topic in 1997 when I first began reading accounts of near-death experiences. I had been having spiritual experiences, (after death communication) since I was a teenager in the United States, and the NDE accounts resonated deeply with me.

Then in 2012 my best friend died unexpectedly at a young age in Thailand, and the whole topic of death suddenly came much closer to home. In the days following his death, my friend appeared to be communicating with various people who saw, heard, or felt him in some way.

I recently heard an interview with Bill Guggenheim, the former Wall Street stockbroker who became a pioneer in the field of After-Death Communication (ADC), defined as a spiritual experience where a person is contacted directly and spontaneously by a deceased family member or friend without the use of psychics, mediums, rituals, or devices of any kind.

Guggenheim estimates that some 60 million Americans, 20% of the population of the United States, have had at least one ADC experience, and says that is a conservative estimate. Another researcher puts the figure at double that - 120 million or 40% of the population.

I read many years ago that at least 60% of American parents who lose a child report having some type of ADC, and that the phenomenon was so widespread that psychologists consider it a normal part of the grieving process.

Needless to say, in a society so strongly focused on materialism, many people who experience ADCs would tell few others for fear of ridicule. As a result, most people are unaware of just how widespread the phenomenon is, and may consider such experiences weird and incomprehensible.

I would also point out that numerous other cultures around the world are much more open to this phenomenon than modern American society.

In Thailand, where I lived for 15 years, spirit houses (shrines intended to provide shelter for spirits) are found outside of most houses and businesses, including large shopping malls and skyscrapers. The belief that spirits are all around us is widespread in Thailand and other parts of Southeast Asia.

Veneration of the dead, based on the belief that the dead have a continued existence, has been common throughout history in numerous cultures, including those of India, China, Japan, Korea, Southeast Asia, Oceania, Africa, Europe, and in indigenous and shamanic cultures all over the globe. It was prevalent in ancient Egypt and Rome.

Indeed, modern Western societies that tend to reject these type of experiences are in a distinct minority when compared to the rest of the world and all of human history. The phenomenon is probably as old as mankind.

But it’s hardly surprising that many Westerners would find ADCs hard to accept, as any society will reject anything that doesn’t seem to fit into its culturally prescribed worldview.

Guggenheim, an agnostic with no interest in spiritual matters until he experienced a profound awakening in 1974, began his research into ADCs in 1988, eventually interviewing 2,000 people living in all 50 American states and 10 Canadian provinces, and collecting over 3,000 first-hand accounts of people who believe they have been contacted by a loved one who had died.

In the interview, Guggenheim said he followed strict guidelines in his research, and did not include anyone’s encounter that did not fit his definition of an ADC. The contact had to be direct, without the use of any kind of intermediary, and it had to be with a deceased loved one or friend - not with an unknown spirit. The reason for this was that many books had already been written about contact through psychics and mediums, or with unknown spirits, but none had yet been written about ADCs as he defined them.

Guggenheim gives 12 different categories of the types of ADCs he found to be most common in his research. These include sensing a presence, hearing an audible voice, feeling a touch, smelling a scent or fragrance, visual appearances, an intense “dream” that feels like an actual visit, out-of-body encounters, literal phone calls, and various unexplained physical phenomenon such as a stereo or radio suddenly turning on.

When my close friend Aon died in Thailand in August of 2012, family members and friends reported several of these kinds of experiences in the days that followed. Looking at Guggenheim’s list, at least six of the 12 categories of ADCs have been experienced with Aon by various people in the time since he made his transition back to non-physical reality.

Guggenheim also talked about deathbed visions, a commonly reported phenomenon where the dying person begins seeing into other dimensions during the last few days of physical life. These are powerful and comforting experiences where they often see non-physical beings or deceased loved ones beckoning or comforting them. I could tell Aon was having these experiences by watching his eyes, and knew immediately what was happening.

As with any kind of spiritual or mystical experience, the person having the experience reports that it was as real or “more real” than what we call physical reality.

And how can anyone know that these non-physical realities exist and are real? The same way we know anything - by direct experience. These realities can be experienced directly, and have been by many millions of people. 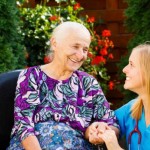