Indonesia, struck off by a strong undersea quake

VIne Grey
Indonesia, struck off by a strong undersea quake
0 out of 5 based on 0 user ratings
0

Residents in the main island Java went outside of the buildings and run into the streets for safety.

The quake was felt for up to 6 seconds, according to the National Disaster Mitigation Agency in a statement. It was strongly felt in the City of Malang, East of Java Indonesia, about 150 kilometers north of the epicenter, local media reports said. It also was reportedly felt on the resort island of Bali, Indonesia.

The magnitude-6.0 undersea quake was centered 93 kilometers south of the East Java province town of Krajan Tambakrejo, at a depth of 59 kilometers, according to the U.S. Geological Survey.

Mochammad Riyadi, from the Indonesian meteorology, climatology and geophysics agency, said that the quake had no potential to trigger a tsunami and there were no injuries or damages reported.

“The quake epicentre was in the sea, but there’s no risk of a tsunami. It’s quite a distance from nearby cities,” he added.

Countries that are located in the Pacific “Ring of Fire,” are prone to earthquakes. Volcanoes in Indonesia are among the most active of the Pacific Ring of Fire.

In Sumatra, Indonesia, December 26, 2004 a massive magnitude 9.1 tsunami caused tremendous devastation and deaths throughout the Indian Ocean region killing 230,000 people in a dozen countries, mostly in Aceh province in Indonesia. It is the greatest fault length of any recorded earthquake. 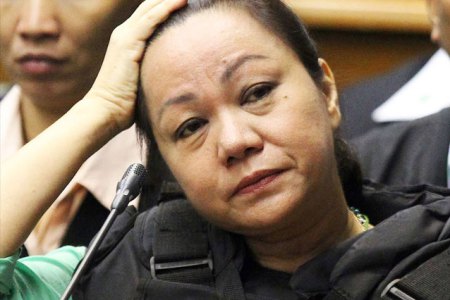 Comments Off on IAAF suppressed publication of doping survey
#2
Tennis

Comments Off on Thailand student committed suicide after killing partner