Ebola virus can survive in detectable concentrations in wastewater for more than a week, according to a study.

Researchers from the University of Pittsburgh and Drexel University have found evidence indicating that the deadly virus can persist in wastewater for at least eight days. As part of the study, the researchers analyzed the virus-contaminated water samples in the laboratory over an eight-day period. They measured changes in viral particle concentration in two samples contaminated with different concentrations of the virus.

The viral load dropped by 99 % over the first day, but they could still detect virus particles over the remaining 7 days. This proves that the virus persists far longer in wastewater than previously thought. The experts suggested that this could mean the virus is surviving in large droplets of bodily fluids, indicating more care should be taken in handling contaminated liquid waste.

The researchers believe that in the wake of the outbreak, there remain significant questions on the appropriate handling of virus-contaminated liquid waste. One of these concerns is the persistence of Ebola in wastewater. Previous studies have discovered that the virus can persist in survivors. For example, a study focused on an Ebola survivor showed that the virus persisted in the aqueous humor of the inflamed eye even months after recovery phase.

“Initial research by the WHO and CDC recommended disposing of Ebola-contaminated liquid waste into a latrine or treatment system without disinfectant because the virus wasn’t expected to persist in wastewater,” said Kyle J. Bibbly, principal investigator and assistant professor at University of Pittsburgh.

The current Ebola outbreak in West Africa is by far the worst since the disease first appeared in 1976. According to World Health Organization (WHO), more than 28,000 people have been infected and nearly 12,000 have lost their lives to the deadly virus since the first reported case in March 2014. IMAGE/scienceworldreport.com 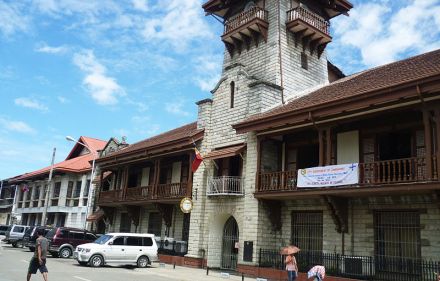