Super typhoon Soudelor death toll-The storm has already claimed at least two casualties and one missing in a coastal area off the coast of Taiwan’s northeastern Yilan county, according to report. Two dead in Taiwan as nation braced for super typhoon Soudelor. An eight-year-old girl and her mother died after being swept out to sea […]

Call of Duty World at War beta was opened to the public in 2008 from Activision, now has a remake Call of Duty: Black Ops III’s “The Giant” Zombies Map in Action. Call of Duty: World at War, the 2008 game that introduced the Zombies mode. It includes a similar multiplayer experience to that which […] Smartphone’s new alcohol tracker app, an application available for download to check alcohol consumption limit. A new application called “The Alcohol Tracker,” developed by tech-savvy doctors . This app can check  users alcohol intake and its limit, it also enables user to log the number of shots or glasses of wine they are prescribed. The application […]

Selfie for MasterCard Payment- A new application used by MasterCard for an easy payment only takes a single shot on your phone. MasterCard payment security introduces selfie scan as facial recognition, an alternative to SecureCode using new application for their no hassle, stress free payment. With this selfie app from smartphone, costumers can easily verify […]

Indonesian plane crash updates: An aircraft who had been in service since 1964 crashed in Sumatran city of Medan. The aging military plane was not equipped with a black box recorder, making any investigation into the crash difficult. The Indonesian rescuers are  working  at the crash site where Hercules military aircraft crashed which occurred only two […] 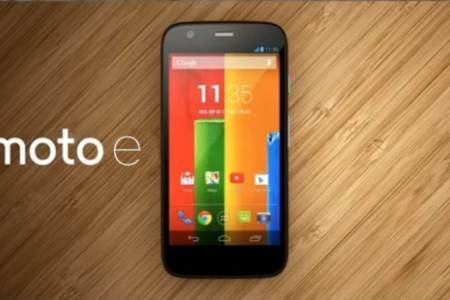 Cheap smartphones 2014, Moto E and Blackberry Z30 launched —Motorola has unveiled the Moto E, its latest budget device aimed at customers who want to get into the smartphone world. Motorola is aiming at the entry-level Android market with its newest device, the Moto E, a trimmed down version of the Moto G smartphone it […]

Earth Day 2014 logo—Google doodle celebrates the 44th Earth Day with doodles of Rufous hummingbird, veiled chameleon, moon jellyfish, dung beetle, puffer fish and macaques. Earth Day a global environmental event began in 1970, when 20 million people across the United States—that’s one in ten—rallied for increased protection of the environment. Organised by the Earth […] Protesters will never win — Thailand Foreign Minister (caretaker)  Surapong Tovichakchaikul on Saturday said that anti-government protest leader Suthep Thaugsuban will never triumph over the government, and urged him to end the rallies completely, according to reports. Mr Surapong’s comments came after thanking Mr Suthep for making the decision to end the “Bangkok Shutdown” campaign […]

Thailand army chief: Coup dangerous, but cannot be ruled out — Thailand army chief Prayuth Chan-ocha on Friday repeated that he cannot promise that there will or will not be a military coup in response to the ongoing political stalemate, according to reports. He said coups were staged in the past because there was violence […]

Fears rising of warfare in Bangkok: Fears are mounting in Thailand of “guerrilla warfare” waged by armed elements from both pro- and anti-government sides in Bangkok, sparked by the recent upsurge in violence and the red-shirts’ announcement of a huge upcoming rally, say reports. Security sources say “men in black” could end up battling it […]

2 killed in bombing at Bangkok protest site: A 12-year-old boy and a 40-year-old woman were killed, and 22 others injured, in an apparent 40mm grenade attack at the Ratchaprasong anti-government protest site in Bangkok, Thailand on Sunday afternoon, according to reports. The attack occurred in front of the Big C Supercentre on Ratchadamri Road, […] Thailand: Video sparks accusations over bomb — A CNN news clip video of the grenade explosion that injured police officers during deadly clashes with anti-government protesters at the Phan Fah Bridge rally site last Tuesday has sparked fierce debate and accusations over who threw the grenade, say reports. The CNN video, titled “On the scene […]

Thailand: Police critical of commanders and govt in fatal clashes — Some riot police who participated in Tuesday’s fatal clash with protesters have criticized their commanders and the government for “confusing and unclear commands” which resulted in their unsuccessful attempt to retake a Bangkok rally site, according to reports. Officers deployed to control protesters on […]

Court forces Thai govt to change tactics on protesters: The caretaker government of Thailand says it will abide by Wednesday’s Civil Court ruling that it cannot disperse anti-government protesters, forcing it to adjust its tactics in dealing with the People’s Democratic Reform Committee (PDRC) demonstrations, according to reports. The court ruled that the government has the […]

Video Thailand policeman hero injured: A Thai policeman is being hailed as a hero and has become an overnight social media star when a video clip of him in action Tuesday at an anti-government protest site went viral. The footage shows Pol Sen Sgt Maj Theeradet Lekphoo trying to protect his colleagues by kicking away […]

Protest leader freed by ‘unknown men’ after arrest: Thailand anti-government protest co-leader Somkiat Pongpaibul of the People’s Democratic Reform Committee (PDRC) was set free by “unknown men” minutes after being arrested by police as they retook a rally site in Bangkok on Tuesday morning, according to reports. Mr Somkiat was arrested, handcuffed and held in a […]

Japanese divers missing in Bali: Rescuers in Indonesia have been searching for seven Japanese scuba divers who went missing off the popular resort island of Bali on Friday. The search for the group, which includes five tourists and two locally-based Japanese instructors, was halted on Saturday evening after two days and will resume on Sunday […]

Police seize 1 Thai protest site, withdraw from a 2nd: Police in Thailand seized one anti-government rally site from protesters in Bangkok on Friday, but withdrew from a second site after a stand-off with demonstrators. Riot police were able to reclaim the site at Makkhawan Rangsan Bridge peacefully and took control of the surrounding area […]

Thailand govt: list of 61 funding protests — The Thai government’s Centre for Maintaining Peace and Order (CMPO) says it has evidence proving 61 companies and individuals are guilty of allegedly funding the ongoing anti-government protests in Thailand, according to reports. A working group has already been appointed to find out who exactly is funding […]

Thai farmers storm out of govt talks, 3rd commits suicide: Angry farmers’ representatives stormed out of talks with the Thai government after officials were unable to give them an answer on when they can expect payment for money owed them for crops sold under the state rice-pledging programme. Western province farming representative and negotiation leader […]

Aquino: Chinese insults show Philippines is right: Philippine President Benigno Aquino on Friday brushed off a barrage of insults from China in response to him comparing Chinese rulers to Hitler, as the two sides continued to trade angry accusations over a territorial dispute. On Tuesday Aquino compared China’s efforts to seize disputed parts of the South […]

Hundreds of billions of dollars in illegal money flowed in and out of the Philippines over the past 52 years, according to a study by the US-based research group Global Financial Integrity (GFI) released on Tuesday.

Snapchat hack made easy— Graham Smith tells about hacking Snapchat accounts was done. The move led to Smith getting a job interview from the company. High School Sophomore Graham Smith tells “Bloomberg West’s”Emily Chang how he was able to hack into Snapchat, using the exact same vulnerability they claimed they had fixed, to get the […]