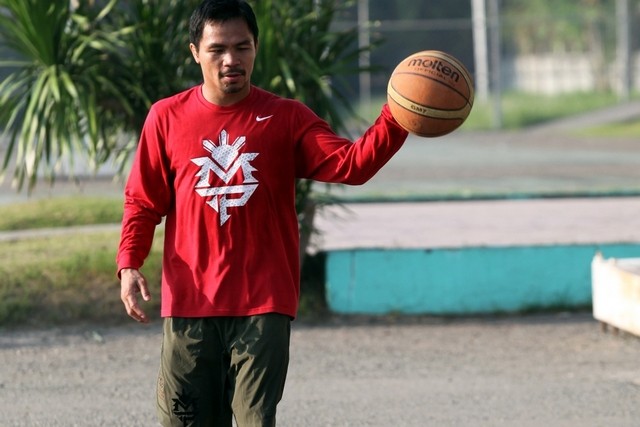 Manny “Pacman” Pacquiao, 36, Congressman of Sarangani Province and a well-known world champion professional boxer. He’s been into acting and singing and now involved into basketball as head coach of Kia Carnival.

Pacquiao announced to promote, forefront in bringing 2019 FIBA World Cup in Philippine. He will be joining Philippine delegation in Japan to convince Fiba, raising Philippine to host next basketball World Cup.

In statement of Philippine boxing hero Manny Pacquiao, Wednesday, promoting Philippines to host the 2019 FIBA Basketball World Cup. “Yes, I’m going to Tokyo with the Philippine delegation to help in our bid to host FIBA 2019,” he said.

Pacquiao except in his boxing career, participated in politics, in business and music recording. As of now, holding the team Kia Carnival as head coach, Pacquia drafted team as the 11th overall pick in the first round.

FIBA announced its Executive Committee, decided 2019 World Cup be held in Asia, 16 March 2015. Leading the bids of China and the Philippines as the final candidates as hosts for the said event. Final result will be announced on August 7-9, in Tokyo as Central Board meets.

Manuel V. Pangilinan, president of the SBP Samahang Basketbol ng Pilipinas stated, “I must say that China is a formidable competitor in this bid and at least from one perspective, the hardware of the event,”
“From the perspective of the sporting event, it’s a question of facilities, infrastructure, organization, the ability to put it together. China has done that and it has never been done in this country.

“Beyond that, it’s a media event, as well. I don’t have a window of how they will actually decide the matter of the bids. They will certainly look at the hardware of the bids, as well as the ‘heartware,’ which, in Filipinos’ words, means their pure, undeniable love for basketball. I don’t think China has that. I think the No.1 popular sport in China is football, while in the Philippines No.1, really, is basketball” he added.