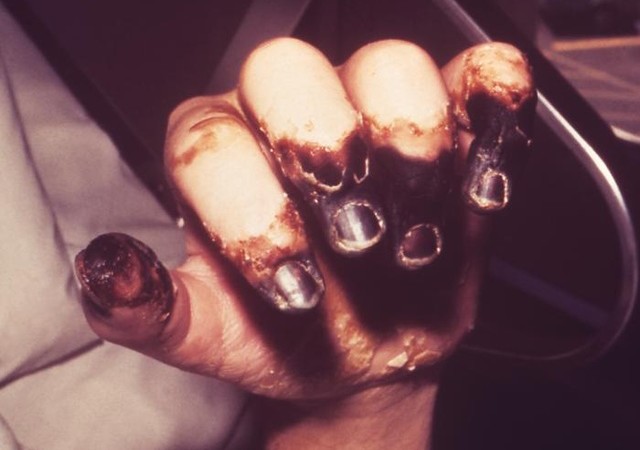 California reported it first ever case of human plague as a child infected after a visit at Yosemite National Park.

After a visit in Yosemite National Park, a child was infected with plague. This the first case recorded in California this year after the last case human plague in 2006. The infected child was camping at the said park, suddenly became ill then was brought to the hospital after having the disease.

Over million people visit Yosemite each year Yosemite National Park, located at  eastern portions of Tuolumne, Mariposa and Madera counties in the central eastern part of the U.S. state of California. It is the largest and least fragmented habitat blocks that  supports a diversity of plants and animals. The park is  famous for its high concentration of waterfalls in a small area with hanging valleys,  numerous sheer drops and glacial steps.

Roads in Yosemite are scenic, the park attracts many tourist as it can be accessed for multiple-day backpacking trips.Some requires hiking and other can be reached via automobile transportation. The night sky can be observe by guests in driving locations in their campsite or lodge. Yosemite National Park was honored with its own quarter under the America the Beautiful Quarters program in 2010.

It was still unknown how the child possibly caught the rare but very dangerous disease in Yosemite National Park. Currently, after acquiring the human plague,  the child’s health condition is under investigation by the California Department of Public Health.

The national park and California’s Department of Public Health announced, child who visited nearby Stanislaus National Forest and camped at Yosemite’s Crane Flat Campground in mid-July had contracted the plague, Thursday. The said disease infected the child was carried by rodents and the fleas there and the child fell ill after the camping and was hospitalized.

In the statement of Danielle Buttke, a National Public Health Service officer, “We are investigating areas where the patient may have visited just to gauge whether or not there’s additional plague risks in those areas.”

In United States, most cases of the plague occur when a human comes into contact with an animal that is infected with the plague. Treatment with antibiotics is typically successful in curing the patient of the disease. In June 2007, cases of plague was one of the three epidemic diseases noted by the World Health Organization and recorded as the disease treatable if detected early, however, plague is still endemic in some parts of the world.

The plague that infected the child refers to a deadly infectious disease that is caused by the enterobacteria Yersinia pestis. This can be found mostly in animal  reservoirs, particularly in rodents. Rare cases were recorded to human infection which mostly occurs when a person is bitten by a flea infected by biting a rodent that has been infected by the bite of a flea carrying the disease. It then carries the bacteria and multiply inside the flea that blocks its stomach and causes it to starve.

One form of dangerous plague is the Pneumonic plague which is a severe type of lung infection due to due to a spread from infection of an initial bubonic form. This is acquire through inhalation of fine infective droplets and transmitted from human to human without involvement of fleas or animals. This form of plague is known to be untreated, patients will die without early treatment and has a 100% mortality rate case. Common symptoms are coughing with blood, fever, headache, weakness and rapidly developing pneumonia.

The current plague case of the infected child whose name and age were not released for confidential reason is being investigated and authorities were conducting an environmental evaluation in and around Yosemite National Park and Stanislaus National Forest. IMAGE/www.theverge.com