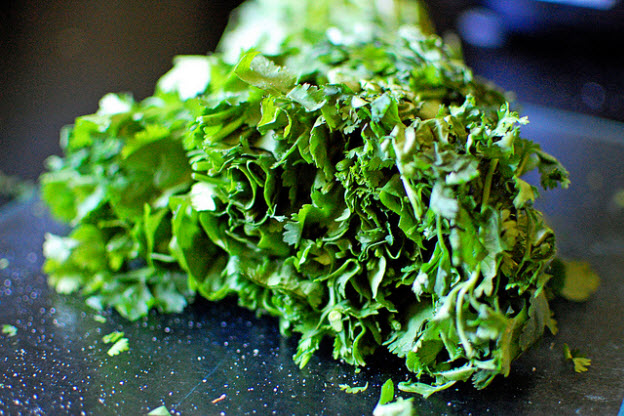 Cyclospora cayetanensis is a protozoan that causes disease in humans, and perhaps primates. It has been linked in the United Statesto fecally contaminated imported raspberries and was virtually unknown before about 1990, but has been on the rise since. The health risk associated with the disease is usually confined to adult foreigners visiting regions where the species is endemic and acquiring the infection, which is why C. cayetanensis has been labeled as causing “traveler’s diarrhea.”

This species was placed in the Cyclospora genus because of the spherical shape of its sporocysts. The species name refers to the Cayetano Heredia University in Lima, Peru, where early epidemiological and taxonomic work was done.

Symptoms of Cyclospora cayentanensis causes gastroenteritis, with the extent of the illness varying based on age, condition of the host, and size of the infectious dose. Symptoms include “watery diarrhea, loss of appetite, weight loss, abdominal bloating and cramping, increased flatulence,nausea, fatigue, and low-grade fever”, though this can be augmented in more severe cases by vomiting, substantial weight loss, excessive diarrhea, and muscle aches. Typically, patients with a persistent watery diarrhea lasting over several days may be suspected of harboring the disease, especially if they have traveled to a region where the protozoan is endemic. The incubation period in the host is typically around a week, and illness can last six weeks before self-limiting. Unless treated, illness may relapse. The more severe forms of the disease can occur in immunocompromised patients, such as those with AIDS.

Most people who have healthy immune systems will recover without treatment. If not treated, the illness may last for a few days to a month or longer. Symptoms may seem to go away and then return one or more times (relapse). Anti-diarrheal medicine may help reduce diarrhea, but consult with a health care provider before the medicine is taken. People who are in poor health or who have weakened immune systems may be at higher risk for severe or prolonged illness.To date, the most effective drug for the treatment of the protozoan is a seven-day course of oral trimethoprim-sulfamethoxazole (TMP-SMX). Effects of the drug include a significant decrease in the duration of oocyst excretion, cessation of diarrhea, and stool samples negative for oocysts within two to three days.TMP-SMX is classified as a Category C during pregnancy, meaning potential adverse effects ( such as teratogenic or embryocidal or other) could results and should only be given if the potential benefit significantly justifies the risk. The drug should be avoided near-term as there are high potentials for hyperbilirubinemia and kernicterus in newborns. Additionally, TMP-SMX can be excreted in breast milk, which is compatible in healthy, full-term newborns, but should be avoided in premature, ill, stressed, jaundice infants. No highly alternative antibiotic regimen has been discovered yet for patients who possess a sulfa-allergy.

No vaccine against this pathogen is available. Since infection occurs via fecally contaminated food and water in endemic environments, several simple solutions have been suggested for the prevention of C. cayetanensis infections. The simplest is to warn travelers not to visit regions where the protozoan is endemic (in general, tropical and subtropical regions where sanitation is poor, such as Peru, Brazil, and Haiti), especially when the season is best for spreading: Travelers also should be aware that treatment of water or food with chlorine or iodine is unlikely to kill Cyclospora oocysts. Additionally, better health practices in the originating agricultural setting — such as making sure produce watering systems are not pulling water that has access to human feces Additionally, using filtering systems such as a 1 micron absolute carbon filtration system will reduce the presence of cyclospora, giving you clean, great-tasting water while drastically decreasing the incidence of the spread of this parasite. The odds of becoming infected with Cyclospora, and many other foodborne pathogens, can be greatly diminished by thoroughly washing fruits and vegetables in clean water prior to consumption. However, it should be noted that simply washing foods does not remove a 100% of the oocysts present.

Cyclospora is generally low-risk and can be cured with antibiotics, but people with weakened immune systems, children and the elderly are at increased risk of developing complications. Since early May to mid June, 83 cases of the intestinal illness have been reported in Canada. 74 of those cases reported were in Ontario. There have been no deaths, however two people so far have been hospitalized.

The Health Agency is advising the public to be sure that all fruits and vegetables are properly cleaned and stored.IMAGE/indianapublicmedia.org