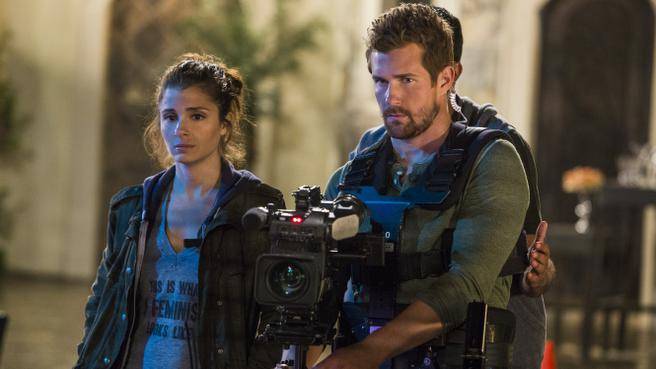 Josh Kelly, a 33 year-old American actor is joining the television series Unreal, premiered its first season in June 2015 on Lifetime. He has known on the ABC soap opera One Life to Live for his portrayal of Cutter Wentworth. He also appeared in Transformers: Revenge of the Fallen and Transformers: Dark of the Moon.

Kelly signed the series for a regular role of Jeremy, Rachelâ€™s ex-boyfriend who also works as a cameraman on the reality dating series. A fictional reality dating series close similar to The Bachelor. UnReal, an American dark comedy and drama television series that premiered on Lifetime, 1 June 2015, is set behind the scenes of Everlasting.

Dalene Rovenstine of Entertainment Weekly wrote, “UnREAL has comic moments, but is also twisty and dark in a way you hope isnâ€™t reflected by real-life reality shows.”

Shiri Appleby, also stars in the series played as a young reality television producer. Her unethical boss pushed her to set aside her pride and integrity, do anything it takes to drum up salacious show content. The show was inspired by Shapiroâ€™s award-winning independent short film Sequin Raze and created by Marti Noxon and Sarah Gertrude Shapiro.

One of the standout stars on the show is Josh Kelly playing Jeremy Caner, camera operator who later promoted as director of photography on Everlasting. He will be engaged Lizzie, the showâ€™s make-up artist but still has unresolved feelings for Rachel.

The TV series premiered in Untied States on Lifetime, June 1, 2015 and network made the first four episodes available on their website, 6 June 2015. The television series renewed for a second season of 10 episodes premiere in 2016 and second season continue to feature the fictional show with Quinn and Rachel returning as main characters.

UnReal received positive critical reviews. Merrill Barr of Forbes called it “one of the best new shows of the summer because it embraces the insanity it presents on-screen”
In the Most In Most Exciting New Series category at the 5th Criticsâ€™ Choice Television Awards May 2015, UnREAL was one of five honorees. As to the series reveals scandalous and potentially explosive relationships of characters. Rich bachelor who will pick a mate, making and appearing in the show Everlasting. IMAGE/thechronicleherald.ca