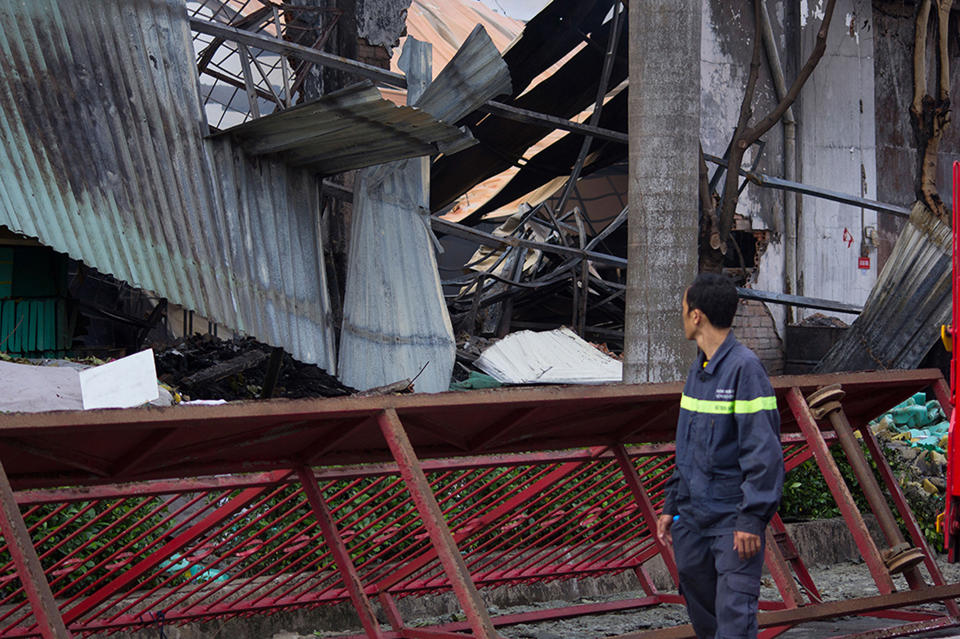 According to report, the overnight riot took place at a mill in Ha Tinh province in central Vietnam, 250 kilometers (155 miles) south of Hanoi, operated by the conglomerate Formosa Plastics Group, one of the biggest foreign investors in Vietnam, according to Ambassador Huang Chih-peng and local hospital officials.

A local Vietnamese official Tran Van Nam said 15 factories were on fire in the Binh Duong area of south Vietnam.

Anti-China sentiment erupted in industrial zones in the south of the country on Tuesday after protests against Beijing placing an oil rig in a part of the South China Sea claimed by Hanoi.

Hundreds of Chinese had fled Vietnam, either by air or by crossing into neighboring Cambodia, reports said.

In Binh Duong alone, police said 460 companies in the province had reported some damage to their plants, local media reported.

“More than 40 policemen were injured while on duty, mainly by bricks and stones thrown by extremists,” the state-run Thanh Nien (Young People) newspaper said.

About 600 people were arrested for looting and inciting the crowd, the newspaper quoted Vo Thanh Duc, the police chief of Binh Duong province, as saying. IMAGE / (AP Photo/Jeff Nesmith)